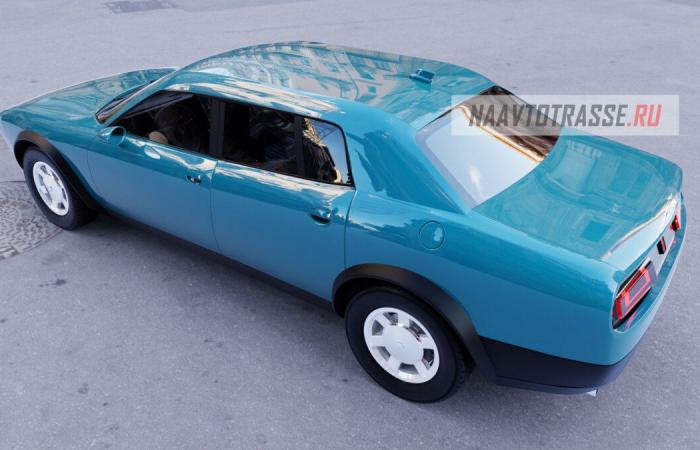 A lot of images are circulating on the Web today that reveal the possible appearance of the first cars of the revived Moskvich brand. Many of these models are related in one way or another to Renault products. The choice in favor of the bodies of this brand can be explained by the fact that at the Moscow Automobile Plant, before the company left, everything was prepared in order to produce such cars. That is, by preserving the appearance of Renault models for their new products, the company thus saves a lot of money.

But later information appeared that equipment was being transported from the capital’s automobile plant to Tolyatti. That is, the company was left without the means of production. In this regard, it is more likely that after the launch of the assembly of Moskvich cars, they will be completely new, differing from Renault models at least externally and internally. Moreover, there is a possibility that the capital’s enterprise will launch the production of cars of the middle price category, since AvtoVAZ fills the budget segment today. In the context of a sharp decline in purchasing power, such a division looks quite logical: both car factories will not compete with each other. The domestic designer created a series of renders depicting the new Moskvich-2141 sedan 2022-2023. The model presented by him fully reflects the earlier assumption. This “Moskvich” is designed in a style that is completely different from Renault. However, the presented novelty is distinguished by its simple execution. In particular, body panels are devoid of complex transitions, stampings and other non-standard design solutions.

This approach to the development of the car also looks logical in the circumstances. The creation of such a model by the Moscow Automobile Plant does not require much time and finances. The dimensions of the Moskvich sedan hint at the fact that it will belong to the business class. The novelty is likely to compete with such cars as Hyundai Sonata or Kia K5. However, the sedan will cost less than Korean models. Even having a price comparable to Sonata and K5, the Russian novelty will not be able to compete with them, if only because most motorists will doubt its quality. But if the Moscow Automobile Plant is able to independently develop such a sedan, then it will not be able to quickly find the necessary platform and key units. Therefore, the likelihood of the appearance of such a model directly depends on the interest in the project on the part of JAC. The new AZLK-2141 2022-2023 stands out from its counterparts with a slightly disproportionate design. Its wheelbase is longer than that of classmates. Because of this, the Russian novelty is visually more like a compact limousine than a sedan. However, this constructive solution will make the interior of the Moskvich more spacious and potentially more comfortable than its competitors.

The Russian novelty has too low ground clearance to be able to operate it outside the asphalt pavement. However, according to the author of the renderers, it will be adapted to domestic conditions. This is indicated by the presence of a wide plastic body kit that runs along the side of the body and fairly large wheel arches. The presented Moskvich sedan is also distinguished by heavily littered A-pillars, which, in combination with an elongated front part of the body and a shortened stern, visually further increases the size of the car. But otherwise, as noted earlier, the Russian novelty has a simple appearance in terms of design. One of the memorable features of the model is a long rectangular grille with thin horizontal bars made of metal. This design decision gives the novelty a retro touch. The pattern of the radiator grille is repeated by the head optics with horizontal LED lights, along the perimeter of which a curved LED strip is stretched.

The front bumper of the “Moskvich” -2141 2022-2023 is a continuation of the body panels. Because of this, the nose of the body looks “blunt”. The developer implemented another remarkable solution in the novelty: instead of the usual air intake, he placed 3 narrow cutouts for additional ventilation holes. The back of the body is also decorated in a retro style. But design solutions were applied here, apparently borrowed from American muscle cars of yesteryear. Aft optics of a large form, inside which there are wide LED strips, is built into a special recess that separates the trunk lid from the bumper. From the bottom of the novelty, 2 exhaust pipes are visible. The implementation of the presented project is impossible without the participation of third-party companies. One of the most likely candidates for the role of an external investor is JAC, which the local government intends to involve in the development of the capital’s automobile plant. If the Chinese company really decides to provide assistance to the enterprise, then the J7 model can act as a prototype for the presented Moskvich sedan. It has already been adapted to Russian conditions and is sold on the domestic market at a price of 1.22 million rubles. In addition to the platform from the Chinese model, the AZLK-2141 2022-2023 sedan will get a 1.5-liter turbocharged engine. This unit has also been adapted to Russian operating conditions. Moreover, a 1.5-liter engine can be delivered to our country without paying additional customs duties, which will make the presented novelty even more affordable. The maximum output of such a turbo engine, depending on the version, is 136 or 150 hp. It is combined with a 6-speed manual or automatic transmission or with a CVT. Neither the Moscow government nor other interested parties have yet announced any exact dates for the appearance of the first Moskviches on the Russian market. It is likely that even with the maximum simplification of the design of these cars and the quick resolution of issues with the supply of components, they will go on sale no earlier than 2023. Author: Fedor Averiev It is a pity that the world does not see this. Valiev, Trusova and Tuktamysheva showed programs for the new season. What surprised them? – 26.09.2022 Nadal: I didn’t want to cry, but Federer was so touched