Recently, the Moscow government and KamAZ signed an agreement on the joint development of the capital’s automobile plant. As part of the official press conference, images with future Moskvich models were presented. One of them, the Primus crossover, which we have already talked about earlier. However, cooperation between KamAZ and Moskvich will not be limited to this car. On the published stands, among the future lineup, a liftback was captured. Moreover, later the press service of the capital’s automobile plant presented a photo with a new Moskvich in a “naked” body. In that picture, the frame of the future liftback was captured, covered with a protective film.

It is already known that one of the first models, the SKD assembly of which will be adjusted at the capital’s automobile plant, will be this particular car. That is, by about 2023, we can expect the Moskvich liftback to appear on the Russian market. It will be created on the basis of the Chinese JAC Sehol Yao. Moreover, as expected, the Russian model will be deeply unified with its prototype. But before entering the domestic market, the liftback will change its name, which may sound like Moskvich “Corrida” 2022-2023. His renderings have already been published by a domestic designer.

Probably, after the localization of production, the cost of the Chinese model will not grow significantly. Now JAC Sehol Yao is valued at the home market at a minimum of 95.8 thousand yuan, which in terms of the current exchange rate is 800 thousand rubles. In this regard, it can be assumed that the basic version of the Moskvich “Corrida” will be offered for about a million rubles. That is, this model will become a direct competitor for the domestic bestseller Lada Vesta. But the new Moskvich Corrida will prove to be a more attractive product than the AvtoVAZ sedan. The Chinese liftback is presented in two versions: regular and sporty. Probably, Moskvich “Corrida” will be released in both versions. Both versions differ only in appearance and interior design. Under the hood, Sehol Yao has a 1.5-liter turbocharged engine with a maximum power of 184 hp. The same unit should appear on the future Moskvich. It is possible that before the appearance on the Russian market, the maximum engine power will be reduced to 150 hp, as happened earlier with the JAC S7 crossover. However, other information was announced at the presentation. According to published data, the new Moskvich Corrida 2022-2023 will receive a more powerful version of the 1.5-liter turbo engine, which develops up to 190 hp. and 280 N * m of torque. 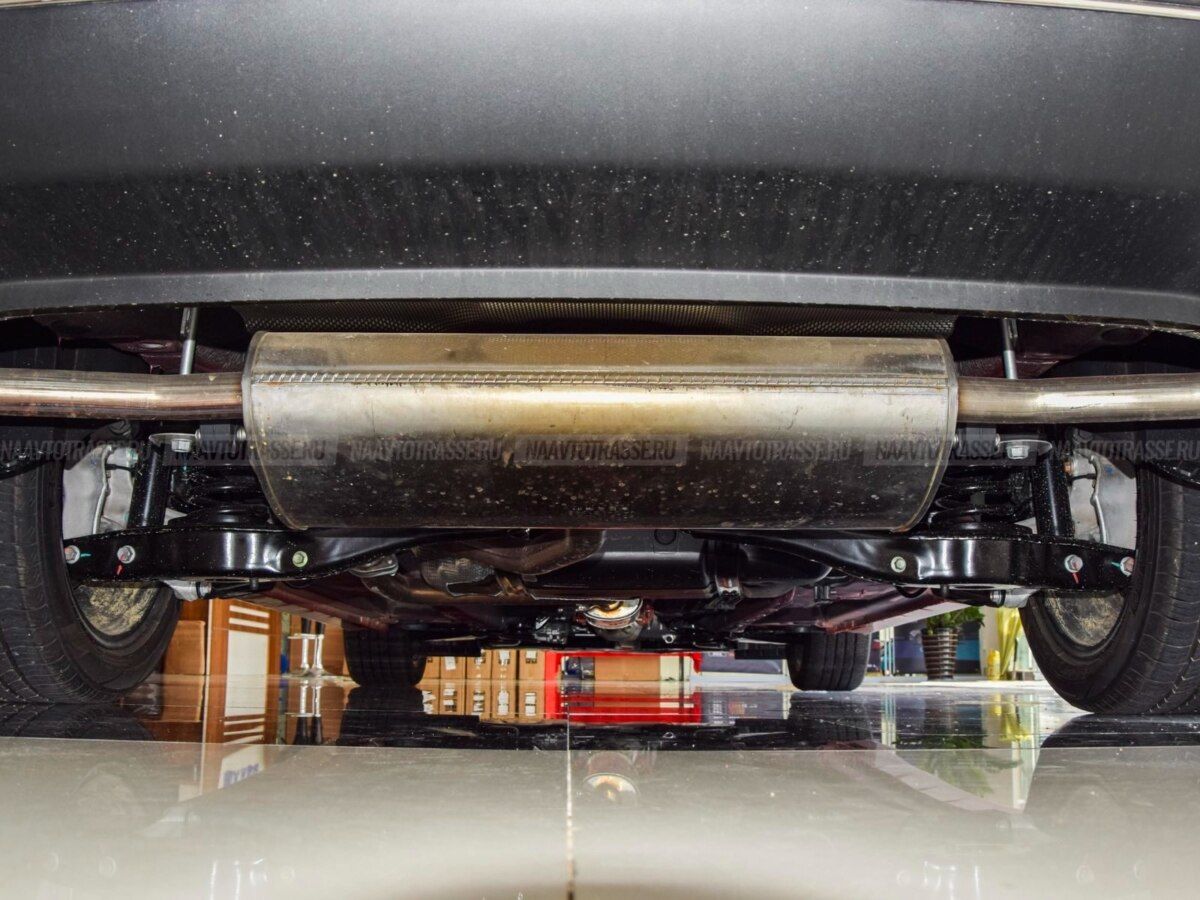 There is a possibility that, launching 2 versions of the liftback into production, the Moscow Automobile Plant will equip them with different engines. That is, the usual Muscovite “Corrida” will receive a 150-horsepower unit, and a sports model – 190-horsepower. But regardless of the type of modifications, the Russian liftback will be equipped with a 6-speed “robot” with two clutches. The length of the new Moskvich “Corrida”, according to published images, will be 4770 mm, width – 1830 mm, height – 1500 mm. The wheelbase is 2765 mm. That is, in terms of dimensions, the Russian novelty will be comparable to the Skoda Octavia that left the Russian market. At the moment, it is not known exactly how deeply the Moskvich Bullfight will be unified with JAC Sehol Yao. Perhaps the Chinese side will provide not only car kits, but also all the technological equipment that is installed on the liftback. This option is quite likely, given two facts. Firstly, JAC has shown insignificant sales throughout its history in Russia. That is, it needs solutions that will help to gain a foothold in the domestic market. And the launch of sales of a technologically advanced car at an affordable price will open up such an opportunity. Secondly, JAC, judging by the news, does not experience a serious shortage of semiconductors. This means that the Chinese manufacturer, due to the supply of high-tech equipment to Russia, will not “cut” the configuration of its models in the home market. In addition, the above statement is also supported by the fact that the Hauwei system is responsible for managing the Sehol Yao electronics. And this company is also actively developing its presence in the Russian market. However, some changes in the equipment list of the new Moskvich Bullfighting 2022-2023 in comparison with its prototype are still to be expected. First of all, this concerns systems that provide “smart” driving. In China, the effectiveness of this solution depends in part on the surrounding infrastructure. In Russia, even Moscow is not so technologically advanced that buildings, road signs and other things could “communicate” with cars. On the other hand, it cannot be ruled out that this smart driving option will be adapted to our market. What you can definitely expect is the appearance on the new Moskvich “Corrida” of a 10.4-inch screen, which is vertically integrated into the center console. The block in which it is built smoothly passes into the transmission tunnel. The rejection of the 10.4-inch screen will force engineers to deeply rework the interior of the new Moskvich Corrida, which is inappropriate from the point of view of the need to quickly start production of the car. It is also likely that the Russian model will be equipped with a 7-inch virtual instrument panel. Such equipment in China is becoming standard for most cars. The virtual instrument panel can be found in models that, in terms of the current exchange rate, are estimated at 500-600 thousand rubles. Cruise control, an engine start button, climate control equipment, an electronic parking brake and a number of other options, including an assistant when driving on the highway, should go from the Chinese model to the Russian one. These devices in China are also becoming standard for most cars.

If the usual Moskvich “Corrida” 2022-2023 is not only similar in size, but also in characteristics to the Skoda Octavia, then its sports version will surpass the Czech model. This will be achieved not by introducing a more powerful motor, but by changing the settings of the key units and the appearance of the liftback. The introduction of a new body kit will help reduce the drag coefficient to 0.26. Together with him, the sports Moskvich “Corrida” as an option should receive matrix LED optics with electronic control of the intensity and direction of the light beam. This decision, by the way, will increase the security of the Russian model. The change in aerodynamics will have a positive effect on the speed characteristics of the new Moskvich. Acceleration to the first hundred it will take about six seconds. For comparison: the usual version of “Corrida” will be able to accelerate to “hundreds” in 7.6 seconds. At the same time, engineers will reconfigure the steering and chassis. As the results of the test drive of the Sehol Yao prototype show, the engine in the sports liftback quickly produces maximum power at low and medium speeds, which ensures confident acceleration from a standstill. However, when accelerating, the gearbox changes gears relatively slowly. The built-in transmission of the sporty Sehol Yao supports track mode. It changes the behavior of the engine and gearbox. When this mode is connected, the gearbox changes speeds faster, and the engine produces more power. At the same time, drivers can change the transmission settings to standard. In this case, the box is, as it were, “muffled”. That is, it significantly slows down the speed of gear changes, and the engine produces maximum power more slowly. This mode is designed for everyday driving, thereby saving fuel. But even in this case, the car overtakes the vehicle in front quite briskly when the driver fully depresses the gas pedal. However, the sports modification is not without significant drawbacks. In an effort to create a dynamic car, the engineers had to make its suspension relatively stiff. Because of this, drivers and passengers may experience some discomfort due to the rocking body during everyday trips. The standard Moskvich “Corrida” will be devoid of such shortcomings. Due to the stiff suspension, there is also a noticeable vibration in the cabin, which is transmitted to the steering wheel and seats.

But in general, the new Moskvich Bullfight, like its Sehol Yao prototype, will provide a comfortable driving experience. The steering damping of the liftback is not elastic enough, so motorists will feel feedback from the wheels.  Author: Fedor Averiev Iosif Prigozhin: “The daughter’s husband received a summons, and their child was just born” The FSB sent an armored personnel carrier to guard the border with Georgia. A photo