On Twitter* and Telegram discussing the appearance of Lana Del Rey: “Do not know” 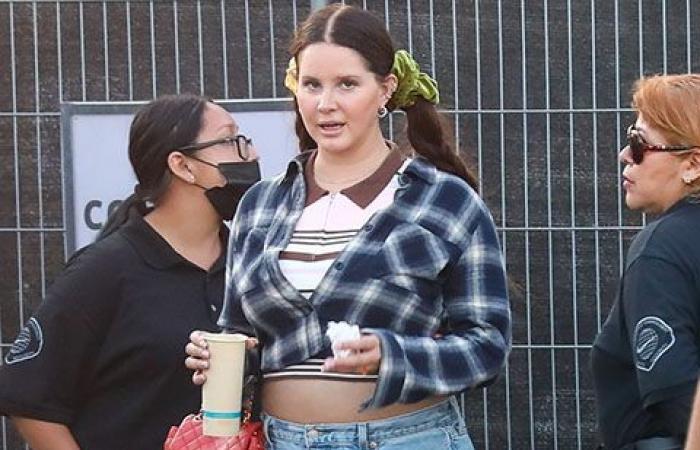 Social media users are discussing the appearance of the singer Lana Del Rey, after her new photos hit the network. The actress was spotted at the Malibu Culinary Festival over the weekend (Jennifer Lopez and Ben Affleck were among the star guests). Photos of the singer went viral on the Internet, and the appearance of 37-year-old Lana was again in the spotlight.

– concluded in the telegram channel “Only to anyone.”

I’ve always liked her music, but how can she expect us to support her no matter what when she looks fat? How stupid do you have to be to think that aging literally means weight gain,

I love Lana, don’t get me wrong, but she gains weight very quickly and it’s worrying,

Lord, what is she wearing

If this was worn by Bella Hadid, you would praise,

Lana Del Rey with a fan

But many supported the singer and criticized those who discuss her “extra” weight.

Everything turns upside down from this body shaming. To be honest, Lana Del Rey looks amazing. Just because she looks different now compared to most of her career doesn’t mean it’s bad. You must be very unhappy to spend your day body shaming people online.

Don’t use “we care about her health, that’s all” as an excuse to make mean comments, everyone will gain and lose weight throughout their lives, people act like she should stop living,

I think she is being treated with lithium (she mentions this in a song from her latest album) and the lithium is affecting her weight gain. This may happen to some people. I had weight gain while being treated for depression and anxiety,

This is not the first time Lana Del Rey has been criticized for her appearance in the past few years. New photos of the singer, taken by the paparazzi, are immediately discussed on the network, recalling how Lana looked at the beginning of her career.

The singer herself does not comment on the attacks, but because of her appearance, she obviously does not have complexes: she appears in public, continues to wear tight and open outfits.