Actor, director, artistic director of the Volkov Theater Sergey Puskepalis died in an accident, law enforcement officials confirmed to TASS. According to the Telegram channel Baza, the accident happened on the M-8 highway in the Yaroslavl region. Ford Transit, which was 56-year-old actor, crashed into a truck in the oncoming lane. The driver of the minibus also died, the driver of the truck was injured. 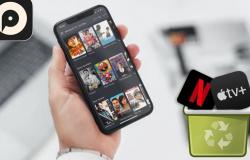